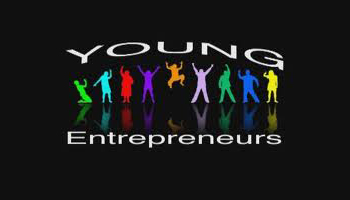 For the South African economy to thrive, young people must be given opportunities to explore their talents and unleash their creative potential, says Minister in the Presidency Jeff Radebe.
He was addressing scores of young South African entrepreneurs who gathered in Sandton, north of Johannesburg, for the launch of the National Development Plan (NDP) Brand Ambassador Programme, which was held by the Department of Planning, Monitoring and Evaluation (DPME), headed by the Minister.
The launch formed part of the fifth anniversary of the NDP, which was unanimously adopted by Parliament on 12 September 2012.
The NDP Brand Ambassador Programme is premised on promoting youth entrepreneurship to boost economic growth, increase employment, and reduce poverty and inequality.
The NDP outlines the envisaged development trajectory in South Africa’s journey towards the year 2030.
The young people of today are the ones who will witness the fruition of Vision 2030.
Minister Radebe said government’s mission is to transform the economic landscape and make it more inclusive and address the challenges of poverty, unemployment and inequality.
He said innovative young entrepreneurs who will play a meaningful role in the renewal of the country’s economy are needed.
“Entrepreneurship is a fundamental endeavour for economic emancipation especially in our rapidly changing industrial landscape. A country enhances its prosperity through investment in new ideas, new opportunities and new jobs.
“It is our local innovators and entrepreneurs who will ultimately create the millions of jobs that we need to grow an inclusive economy.”
Minister Radebe said government must create an enabling environment for young people to explore their talents and unleash their creative potential.
He said youth should never be deprived of opportunities to explore their potential on account of lack of resources.
“We must do all we can to support youth development. When we empower the youth, we empower the nation.”
The final cut
Close to 40 young people were selected to be NDP ambassadors at the launch. The Minister congratulated those who made the final cut.
The selection criteria for candidates was a stringent one, and involved a rigorous process to ensure that the best candidates for specific fields were selected.
“I am confident that as ambassadors you will serve the country with honour and diligence and enthusiastically champion the values and principles of the NDP.
“As young people, you must be at the forefront of fundamental change. Try to make a difference in your chosen vocation. Youth must embrace the opportunities that our country and democracy affords you.

We have now been declared as the NDP Brand Ambassadors.

“You must always bear in mind that you are no longer representing yourself as an individual. As an ambassador you are the face of our country. You represent the nation. You represent your generation. You must leave a legacy that you will be proud of. This is your opportunity to make South Africa a better place.”
The ambassadors are expected to serve as role models to young people in the country and should be respectable members of society.
They were encouraged to see themselves as agents of change and be willing to dedicate their time in the service of the South African people.
“We want to see young people directly involved in imparting skills and nurturing other young talents,” the Minister said.
Minister Radebe said the scourge of unemployment is not a government problem alone. It is a societal problem. Youth development is a matter of national importance.
NDP success story
Amongst the selected NDP ambassadors was 32-year-old Promise Machimane, who was interviewed by SAnews at the beginning of September at a breakfast meeting with business leaders on the NDP Ambassadors Programme.
It was at that meeting that young entrepreneurs were given an opportunity to present themselves and to give their business profiles.
Machimane then told SAnews about her courageous journey of refusing to stay down when she was retrenched from a bank job and faced unemployment for a number of years.
During this depressing time I was motivated to establish a company with just R1 000 capital.
She is the founder and Chief Executive Officer of Mia Sanitary Towels and Mia Foundation.
Her company manufactures sanitary towels and baby diapers, among eight other products.
Her company managed to achieve sales of about R28 000 in its first year of operation, and today it has an annual turnover of about R10 million. It exports products to Zambia, Botswana, Mozambique and Lesotho.
At the moment, Mia Sanitary Towels has created just about 157 jobs in the country and it is hoping to create more.
SAnews spoke to Machimane again at the launch on Thursday, she said: “It is exciting to be amongst those selected as NDP ambassadors. This means that my vision to assist other youth will be more realistic. It means that I will be part of a bigger vision, to assist young people to pursue entrepreneurship and for them to see the actual picture of our economy”.
She believes that part of her responsibilities are to clarify what the South African government wants young people to do through the NDP.
The identified ambassadors will be guided by mentors who will help them implement projects, and each ambassador will be expected to recruit people who that want to start businesses.
“I am going to recruit people in my specialities and help them establish their manufacturing companies. I want to assist and channel them through the National Youth Development Agency (NYDA) and through the ambassadors’ programme to ensure that they get the right information they require to start their businesses.”
She hails from Tzaneen in Limpopo but is currently based in Mamelodi in Tshwane.
The department saw it significant to conclude the NDP anniversary month by officially launching the NDP Youth Brand Ambassadors programme. – SAnews.gov.za

Subscribe to our newsletter to get new jobs daily.